i-Base works with a broad network of HIV organisations in the UK and internationally. 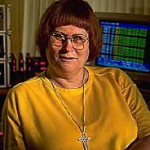 Founded by Sister Mary Elizabeth Clark, AEGiS was one of the first organisations to recognise the importance of the internet and email technology as an educational resource.

Developing from two early bulletin boards in 1991, AEGiS became the largest free-access virtual HIV library, including the i-Base HIV Treatment Bulletin. Although AEGiS was taken offline in 2013, i-Base keeps an archive of this resource.

i-Base provides administration and development support for some of the AfroCAB projects.

The British HIV Association is a professional association in the UK focussed on HIV and related complications.

BHIVA distributes the i-Base HIV Treatment Bulletin (HTB) to BHIVA members and we have provided advisory support to many BHIVA projects, including BHIVA treatment guidelines.

BHIVA holds two conferences each year and publishes evidence-based guidelines on many aspects of HIV management.

i-Base collaborated with activists at cliniQ for two new resources about sexual health for trans people in the UK.

CHAIN is a Ugandan organisation that was originally developed by UK activists in 1998. The group runs health programmes on treatment literacy, prevention and children’s support, with a focus on capacity building and strengthening networks and partnerships of grass roots non-governmental organisations operating in the HIV and AIDS sector in Africa.

A European network of HIV treatment activists. Projects include the European CAB (ECAB).

Members of the i-Base team have been actively involved in the EATG since 1997. i-Base have provided resources for translations as part of the COPE projects, and (many years ago) both Polly and Simon have been ECAB co-chairs.

i-Base still actively contributes to EATG and its work.

Many of the i-Base treatment guides are translated by the team into Portuguese.

Many of the i-Base treatment guides are translated by the team into Spanish. gTt have also supported i-Base with HTB proof-reading.

HIV Pharmacy Association offers support, ongoing education, training and networking opportunities for its members to improve personal and professional development, for the benefit of patients, pharmacists and technicians.

HIVPA provides editorial support for i-Base publications and we collaborate to produce the widely used i-Base guide Introduction to ART.

A leading international educational HIV drug interaction website developed and run by the team of pharmacology experts based at Liverpool University.

The source for many HTB articles on pharmacology and drug interactions.

i-Base is the medical information partner for HIVTRI.

For many years i-Base have provided speakers for the programme of workshops organised by Positively UK, including the Project 100 that is developing 1000 HIV positive peer mentors over three years.

i-Base developed the resource ART in Pictures for Project 100 and we help oversee the management of this essential project.

Sophia Forum promotes and advocates for the rights, health, welfare and dignity of women living with HIV through research, raising awareness and influencing policy.

i-Base collaborated with Sophia Forum to produce the first resources in the UK on PrEP for women. This was specifically to raise awareness about PrEP in time for women to enrol in the PrEP IMPACT Study.

i-Base partner with the THT to provide co-ordinated information support for people in the UK. When the i-Base Q&A service receives questions about HIV testing or transmission, legal or housing advice, or for counselling, we refer to the THT phoneline.

In a similar way, when staff or volunteers on the THT Direct phoneline have specific questions about HIV treatment that need more detailed knowledge, they refer callers to the i-Base treatment information service.

TAC is the leading civil society force behind comprehensive health care services for people living with HIV&AIDS in South Africa. Founded in 1998 TAC has more than 16,000 members and 267 branches. i-Base works with TAC to help develop training publications and treatment literacy workshops.

TAG is a US organisation focussed on policy related to AIDS research and related health issues, founded in 1992 from members of ACT-UP New York.

Richard Jefferys contributes articles on basic science and vaccine research to HTB and Tracy Swan collaborated on the i-Base guide to HCV coinfection.

From 2010-2016 i-Base collaborated on the annual pipeline report.

The UK-CAB is a national HIV advocacy network with more than 700 members.

The UK-CAB started in 2002 as an i-Base project and it is now coordinated by a steering group elected by the members, with i-Base providing administrative support.

Advocates at i-Base are involved with a wide range of research groups.

These include the following ongoing or former studies.