Transmission of HCV to a baby during pregnancy 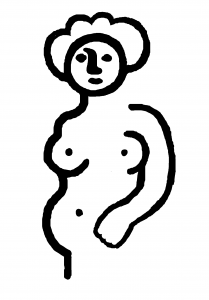 ART is now recommended for all HIV positive people, including during pregnancy.

As well as being better for the mother’s health, it dramatically reduces the risk of transmitting both HIV and HCV to the baby.

Overall, this risk of HCV transmission during pregnancy is 3% to 5%, but it is 3 to 4 times higher if the mother is HIV positive and not on ART.

Women of childbearing age who have HIV/HCV coinfection should therefore have early access to HCV treatment.

A friend who is co-infected just recently had a child and had to have a Caesarean section because of the HCV (her viral load was undetectable and CD4 count was high – so she could have delivered vaginally) but she was not able to because of HCV.

BHIVA guidelines for the management of HIV infection in pregnant women (2012, 2014 interim update).

One thing that bothers me is that even in the HIV community there is discrimination against drug users… assumptions are often made by other HIV positive women regarding drug users. Especially if they want to have children … It is the same with some doctors … and sometimes they don’t pass the information that we need…