The following letter was sent to Public Health England (PHE) in response to being asked to join a community advisory board for proposed further PrEP research. There are important questions about PrEP but this propsed study is looking at none of these.

The letter was sent to Linda Lazarus at Public Health Endland, on behalf of Professor Kevin Fenton and Professor Noel Gill in reply to the invitation posted further below. 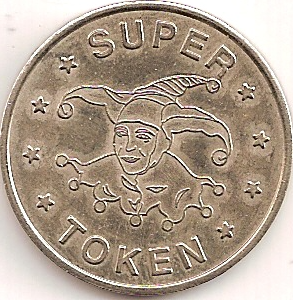 Thank you for offer to join this community advisory board.

I am sorry but I am going to decline the invitation.

This proposed study is simply a delaying tactic to prevent access to an intervention that has already been carefully and thoroughly studied, including in the UK.

There are no valid scientific, safety or practical questions that warrent further block to access. Quite the opposite: the current ongoing crisis in HIV incidence that has remained unchanged for the last decade, despite the impact from the vast majority of people diagnosed HIV positive being unable to transmit HIV because they have an undetectable viral load, will gain nothing from further delays.

The idea that UK doctors, despite their expertise in sexual health, do not have the skills or capacity to appropriately prescribe PrEP is staggering.

It is farcical that people with rigourous scientific backgrounds are being used to further cover up these delays in access.

Do you think anyone is likely to be impressed by waving a shameful £2 million as if these crunbs will have any meaningful impact on reducing infections?

The PROUD study, saved at least £5 million by not requiring roll-over into the already funded larger extension phase, becasue these questions were already answered 18 months ago.

Even if in several years the outcome of your proposed research recommends access, NHS England will still limit access similar to the caps on treatment for new drugs to treat hepatitis C.

This proposed study does not come from any community demand for further data. The community have not been involved in this decision. The advisory group you are proposing will be a futile as the study itself.

I will clarify my position publically on your proposed research.

I will also actively encourage participants that enrol, should the study go ahead, not collaborate in any further attempts to gather data.

PHE has been asked by NHS England and the DH to co-ordinate an HIV-PrEP public health trial/pilot to evaluate how the intervention could be provided in England as part of a package of HIV prevention in the most cost effective and integrated way to reduce HIV and sexually transmitted infections in those at high risk.  Two million pounds are available for this pragmatic trial which will take place over 24 months beginning in the financial year 2016/17 and continuing through 2017/18.

In designing and implementing this trial, PHE is seeking advice from relevant experts and community members in the form of both an HIV-PrEP Expert Task & Finish Group and an HIV-PrEP Community Advisory Board.  We are aiming to have these groups meet on the same day on four occasions between end June 2016 and end January 2017 – the first meetings are scheduled for Wed June 29th(Expert Group 10.30 to 13.00, Community Advisory Board 13.00 to 15.30) at The Wesley, Euston House, 81-103 Euston Street, London NW1 2EZ. (N.B. PHE will reimburse travel expenses to attend the meeting at standard class rail fare/oyster card tube/bus fare. Please keep your receipts to claim expenses.)

Proposed objectives of the trial include measuring the outcome of clinical risk assessments, evaluating triaging the intervention to those in most need, recording adherence and adverse events, and evaluating the effect on rates of HIV and STI acquisition.

The responsibilities of the Expert Task & Finish Group and the Community Advisory Board are to:

a)       Advise on the trial objectives and design,

b)       Comment on draft call for ‘Joint Expressions of Interest’ by the GUM clinics and LA commissioners,

c)       Assist with the development of trial site selection criteria,

d)       Advise on resource and other commissioning issues, in particular the direct and indirect additional costs of conducting the trial,

We would be grateful if you or a suitable nominee would be agreeable to joining the Community Advisory Board and if you could note the timing of the first meeting.

Looking forward to your response.