This blog is a from a 5-minute open mic talk last night held downstairs at KuKlub bar in Soho. I hadn’t planned to speak until I got to the bar, but wanted to link four current stories about HIV, HCV, new drugs and treatment access. This is roughly what I remember saying although blurred by a few pints…

Thanks to Pat Cash and David Stuart for organising this monthly event – and to all the other inspiring speakers – I was proud to be included.
https://www.facebook.com/LetsTalkAboutGaySexAndDrugs 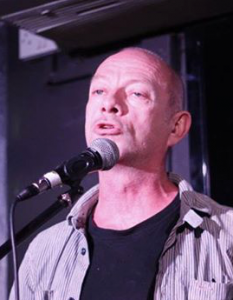 “Hi, I am always inspired by the people who speak at this open mic night and although I’m not very creative with words or talking about personal experiences I want to talk about some of the news that gets me excited.

This will be from a publication called HIV Treatment Bulletin which is a bit geeky but as i-Base is a community organisation I can’t think of a better community setting to make sure you all know about this. Also, I think on a show of hands, probably very few people here will have heard of i-Base, and fewer still will read HTB, unless perhaps you are positive and have used our information.

So I will pick four recent news stories and try to get these all in before the 5 minute bell.

I work at a HIV organisation called i-Base where I report on HIV research. I am old enough to remember life before AIDS. The first cases were reported in 1981 and HIV was discovered a couple of years later. I am certainly old enough to remember HIV before there was treatment. The first drug did not come until 1987 (although it had been sitting on a shelf since 1961) and the next one took another five years. And it took another five years before combination therapy – which for the first time worked for longer than just a few months. Back in 1997, I was lucky enough to join a group of other HIV positive people who were getting treatment and reporting this news. Although I don’t have a scientific background, I knew that a 63% chance of getting a response was better than a 43% chance.* Seeing more people in the UK get the 43% option was part of why I became a treatment activist.

But rather than talking about HIV, especially for this setting, I want to first talk about hepatitis C, which was not discovered until 1989 – when it was called non-A/non-B. Although many of the new hepatitis C drugs that are in the news in 2015 are very similar to the drugs to treat HIV – from families called nucleosides and protease inhibitors – part of the reason that Hep C drugs took so much longer to be developed is that the pharmaceutical company that discovered hepatitis C took then took out a patent on the virus – which it then used to charge other companies millions of dollars just to be able to do further research. This held back effective HepC treatment for decades. [NB: A few weeks ago a UK court still upheld the patent so that cheaper HCV tests still can’t be used by the NHS – and most of the 200,000 plus people with HepC in the UK don’t know their status]. **

These new hepatitis C drugs are pretty amazing by the way. Twelve weeks from talking one pill a day will cure 99% of people with few side effects – but the price to the NHS is £40,000 for the course of treatment. Each pill cost more than an iPhone (I am not the first to point this out – or that even at this price the drugs are selling better that the iPhones). The NHS can’t afford this, and they won’t be prioritised for gay men catching hepC sexually – so the first news story is that for people in the UK, it is legal to buy generic versions of some of these HepC drugs from India at closer to £1000.

We reprinted information from the Australian HIV Medical Association for how to buy generic hepC drugs using online pharmacies. We published a related report that the cost of generic hepC drugs could drop below $400 for sofosbuvir and to less than $30 for daclatasvir that it needs to be used with. This price includes a 50% profit mark up for the generic companies.

The second story is also about buying generic medicines online – and includes a plug for two new community websites about PrEP – especially “IwantPrEPnow” which has all the information on how to do this. Generic PrEP cost less than £40 a month – maybe less depending on how it is used – and most gay men could cover this rather than expect the NHS to be paying £400 a month for the same in-patent drugs.

The third news story is about new HIV drugs as treatment. This is from two days ago. It is that injectable HIV drugs every couple of months are as effective as daily meds. Although I am personally happy with daily pills for my own treatment, this is an important choice for people who don’t like them – even if it might take a few years before the injectable formulations become available. This news might be good for some of the people here who talked about being positive – it is good to know that treatment is getting even better. You might already have heard about this on the mainstream news – because the manufacturer put out a press release about the results.

But you are very unlikely to have heard the fourth story – even though the results are potential even more important. The fourth story – is that the same drug manufacturer behind the injection study also produces a pill version of a very similar drug that produced some pretty remarkable results a couple of week ago. This was when an already approved drug called dolutegravir was just being used as a single pill rather than as part of a combination. Currently, HIV meds for nearly everyone involves taking a combination of at least three drugs and if you miss doses then HIV can easily become resistant to treatment. The new study showed that dolutegravir might not have the same risk of resistance – and this drug is already approved and in use. So an existing HIV drug might be much much better than anybody even realised. This might mean many people have the chance to need less drugs, less side effects, less costs, and still control the virus. Results so far show it has worked for six months. Of course, this needs larger studies before we know if it can be used more widely. But this has the potential to change nearly everything about the way HIV is treated. And so I wanted to bring this news to a community meeting – and this open mic session is one of the best that there is, so it is nice that a few people perhaps get to hear this news here first.

PS (snuck in)… and a generic version of this single HIV drug might cost less than £100 for a year’s treatment. It is very similar to one of the drugs in the injection press release, so maybe only one of those injections might be needed – and to link this in further – these drugs are also being studied for PrEP.

* In the main studies leading to drug approval, 63% of people using indinavir had undetectable viral load compared to 43% using saquinavir. The company who produced saquinavir spend more on marketing and in 1997 saquinavir became the most widely used protease inhibitor in the UK.

Links to the news stories