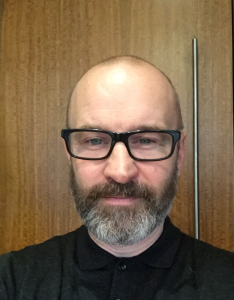 Before working at i-Base, James ran his own hairdressing salon for 19 years. James believes in exercise is a big part in staying both physically and mentally healthy.

James has been living with HIV since 2001 and he is a member of the UK-CAB. His other interests include supporting other people living with HIV who have drug and alcohol problems.